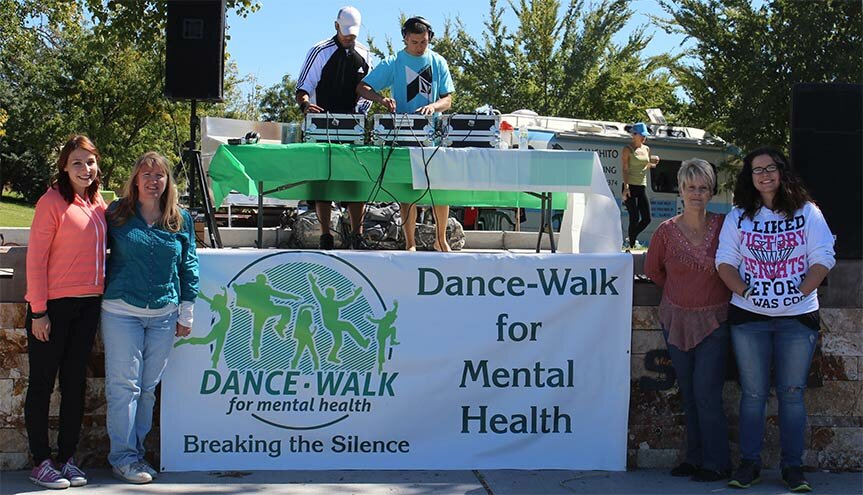 WHY BREAKING THE SILENCE?

In 2007, Desiree Woodland began presenting lessons on mental illness in classrooms around Albuquerque. As a mother and a longtime teacher in Albuquerque schools, she recognized the need for education about mental illness in middle and high school classrooms after the suicide of her 24-year old son Ryan, who had a diagnosed mental illness. In a talk to the mayor and the city of Albuquerque in 2013, Desiree shared, ". . . . My heart breaks open to realize that I was ill-equipped—he was ill-equipped—to understand mental illness. After he died, I began to educate myself and saw the great need to educate youth to make it okay to talk about something that had been hushed up, covered over with shame as if it was the fault of the person who HAD mental illness. It is not a moral weakness or a character flaw but an illness. . . . I have endeavored to be his voice because he didn't have one, to speak up and give youth the language to engage in dialogue, and remove the shame from mental illness."

In 2012, Executive Director Michele Herling of Compassionate Touch Network and Desiree met and spoke for hours about the need for mental health education in the classrooms. In 2013, they brought their shared vision to fruition and Breaking the Silence / New Mexico (BTS/NM) became a core program of Compassionate Touch Network. Desiree and Michele spent many, many hours scripting a curriculum to meet our needs and the needs of teachers, psychologists, and social workers in middle and high school classrooms. The outcome is an interactive curriculum about mental illness and suicide that complements bullying and drug/alcohol instruction. BTS/NM confronts the myths and stereotypes that reinforce the silence about mental illness and suicide. Since 2013 BTS/NM-trained adult and youth facilitators have presented to over 5,000 youth in middle and high school classrooms in Albuquerque, Rio Rancho, Bernalillo, Santa Fe, Española, Pojoaque, and Zuni Pueblo. Lessons include personal stories, information, warning signs, and resources.
To bring Breaking the Silence / New Mexico into your classroom, please email: Barbara Bruce / info.breakingthesilence@gmail.com

THREE WAYS TO BREAK THE SILENCE

CLASSROOM PRESENTATIONS Offering BTS/NM curriculum by a team of trained facilitators to upper elementary, middle, and high school students in the classroom TRAIN THE TRAINER Teaching professionals and nonprofessionals to be education facilitators in the class- room and at community forums COMMUNITY FORUMS Raising awareness about mental illness and educating city and county community leaders, school administrators and staff, teachers, parents, and the general public

Breaking the Silence / New Mexico works with upper elementary, middle and high school classrooms to bust the stereotypes and prejudices surrounding mental illnesses and suicide. A team of trained facilitators presents an interactive lesson that educates students to: